My learning continues. I was thinking the other day, why the retirement age was fixed at 58 years,and later to 60 ..... Read More

I Aspire - BDG
An alumnus of prestigious Harvard Business School, USA and Indian Institute of Technology, Kharagpur Mr. Bikram Dasgupta is among the select breed of professionals...

An alumnus of Harvard Business School and Indian Institute of Technology, Kharagpur, Mr. Bikram Dasgupta is among the early pioneers of the Indian Information Technology Industry and has witnessed the emergence of the Indian IT Industry from garage start-ups to billion dollar behemoths.

The emergence of Indian Information Technology industry saw the birth of a generation of first time entrepreneurs – entrepreneurs with no family history of business enterprise. This generation was marked by their ambition and fierce determination to change the order of things. They innovated, they disrupted and they brought in new rules into the game. They lived by their instincts.

Mr. Dasgupta’s entrepreneurial journey is a story of this change. A story defined by its quintessential highs and lows, of dreams, of daring to think beyond the ordinary and an insatiable appetite for risk taking.

As Mr. Bikram Dasgupta transits from a momentous and frenzied phase of his life and embarks upon a new journey in his life, he is driven by an aspiration to plough back to society and community his life’s experience; to arm a new generation of entrepreneurs and youth with the value systems that go behind creating full-filling life stories through his start-up venture BDG Global Private Limited.

Opening up the PC market for the masses 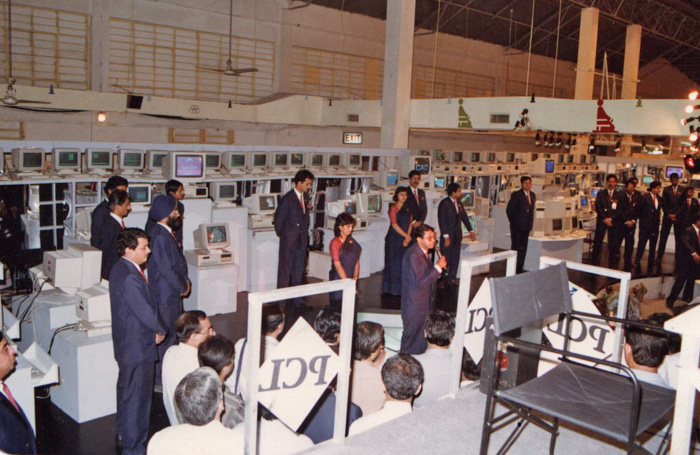 The Indian IT industry during the early 90s was dominated by the growth and penetration of computing devices, starting with the government and steadily percolating down to the public and private sectors, finally opening up the home market by bringing PC’s within reach of the middle class. The Indian PC market then was noticeably demarcated by a) players who marketed branded products that were highly priced or by b) grey market players whose products were of questionable quality. This skew in the market evolution was one of the biggest deterrents to the growth of the Indian PC market; this was compounded by lack of manufacturing setups by large global brands which could, not only have brought down the price-points, but would have given the industry an exports biased, globally competitive positioning. 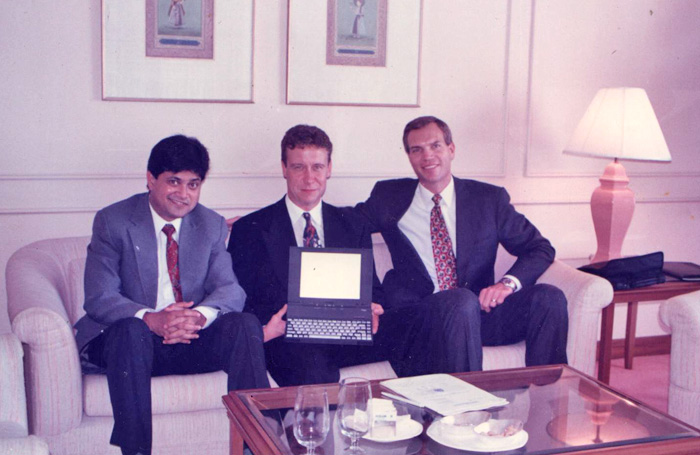 Bikram's popular ‘Dell Deal’, in 1992, proved to be a game changing, watershed moment in the Indian IT Industry – changing the very way in which the hardware industry operated, giving it an export orientation. At US$ 50 Million, the deal was conceptualized, brought to fruition and executed by Bikram. As a first of its kind, two-way collaboration between PCL and DELL, PCL was the first hardware company in India to ‘contract manufacture’ advanced computer Motherboards exclusively for Dell, which would be exported to the principal and in turn Dell’s International PCs were to be imported. As a net positive foreign exchange earning arrangement, the deal positioned India as an important manufacturing destination while bringing down the price of branded PCs in the country.

Bringing the Indian IT Industry to the world 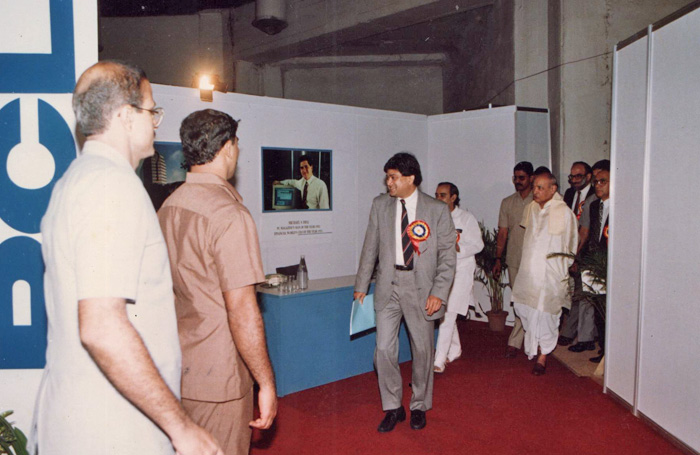 It was during his entrepreneurial stint at PCL that Bikram realized that if Indian IT was to be put on the global map one had to work on the brand imagery of the nation – a nation that was largely seen as an assembling substation dominated by ‘screw-driver’ driven competencies.

Thinking beyond the business confines of his company, Bikram batted from the front to help take the India story global. As part of the Executive Council of MAIT (Manufacturers Association for Information Technology), Bikram conceptualized the setting up of an industry platform to help showcase India’s information technology prowess and position the country as a strong global information technology player. 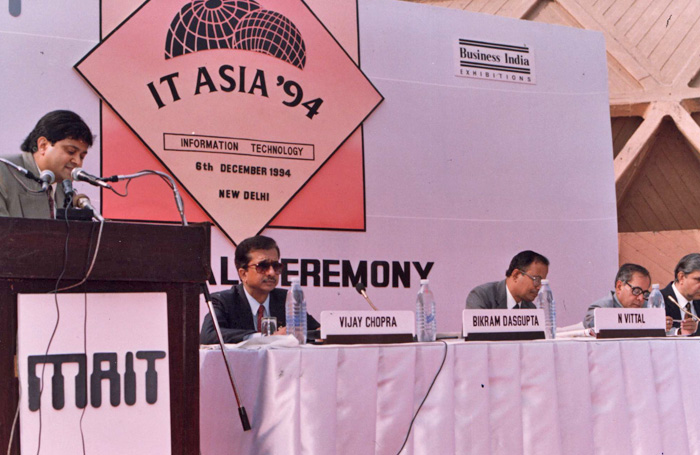 Named as IT Asia by Bikram, the exposition was modelled around the scale and grandeur of CeBIT (Germany), and as its President for three consecutive years (1993 – 95), IT Asia kept growing in size and popularity and by 1995, IT Asia emerged as the largest Information Technology Trade Fair in South East Asia, eclipsing Taipei’s IT Fair.

As an evangelist of the Indian IT industry, Bikram was at the forefront of promoting the cause of the industry and as the Chairman of the Export Promotion Committee of MAIT, he travelled extensively across the globe, including USA, Russia, Sweden, Denmark, Greece, Germany, United Kingdom, France and Holland among other countries.

Giving India its first IT Park 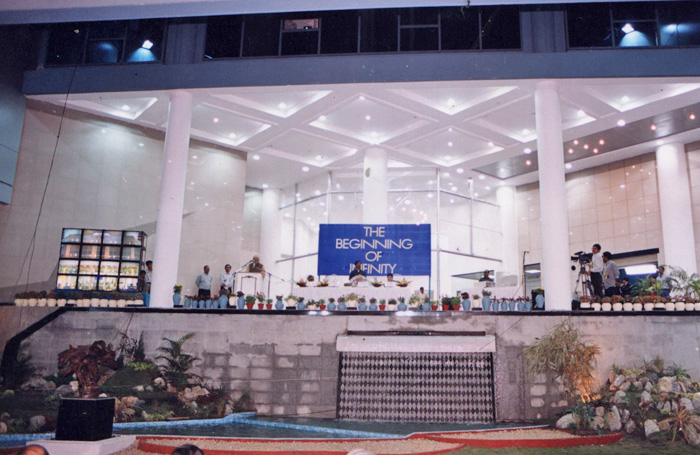 The eventful hardware driven Indian IT developmental story saw two strong movements, i.e., large scale PC penetration in India and growth of private entrepreneurship. This was the harbinger of what was to quickly follow in its footsteps – the exponential success of the software services industry.

Bikram was acutely aware of the challenges that the rapidly developing software industry would come face to face with, if it did not think ahead and more so on two vitally critical aspects – creating world-class ‘Infrastructure’ to induce multinational corporations to set up shop in India and ‘Institution’ to create globally competitive talent in the Information Technology arena.

1996 saw the conception and birth of ‘Infinity’, conceptualized and spearheaded by Bikram. Built as India’s first intelligent workplace, in Bengal, ‘Infinity’ (a US $ 15 Million, 300,000 sq.ft. facility) sent a strong signal to the global technology industry that Global Software Offshoring had arrived in India. 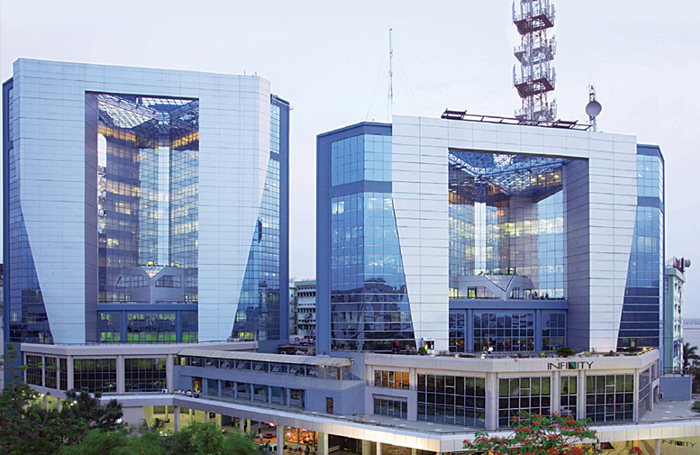 The significance of the special construction and design of infrastructure built by Infinity is the architectural ingenuity with a futuristic outlook incorporating features to assist the work performance of the IT industry. Infinity lays emphasis on optimization of resources, innovation of solutions and preservation of environment. Environment preservation and up-gradation is an inbuilt component of all its architectural designs. It is registered with the US Green Building Council under their Leed Rating Programme. The green specifications provide an environment that generates positive energy ensuring superior work ambiance. 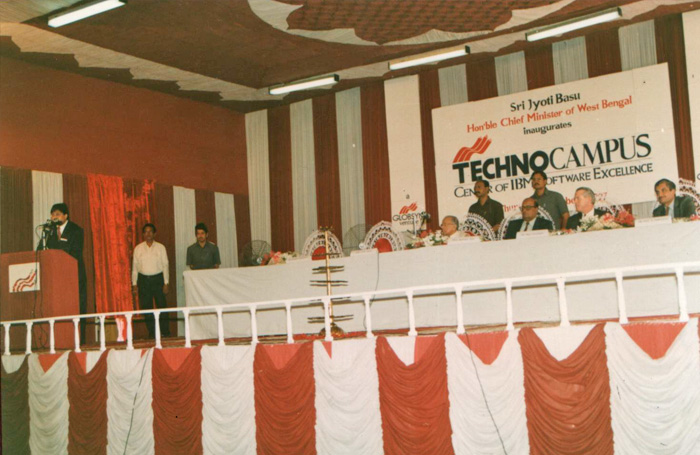 With the Indian Software Services sector growing at a rapid pace, speeded along by the global acceptance of Indian software engineering prowess, Bikram realized that if the industry were to grow while at the same instance climb up the services value chain it would need to equip large masses of youth, not only in the latest technologies, but also in management and core application skills. In brief, the coming together of Technology and Management skills into a singular whole – a vision that was in many ways years ahead of its time.

This was the thought edifice on which Bikram developed his pioneering Software Finishing School™ (SFS) concept. SFS was at its core a pedagogical innovation that stressed on Acquisition, Application, and Management that by design created Performance driven individuals. For the first time in the country, the Software Finishing School created a structure where high aptitude engineering graduates, from diverse disciplines, were exposed to the latest technologies coupled with relevant software engineering and management skills. The Software Finishing School thus helped create a strong pool of globally relevant application developers, helping the nation earn valuable foreign exchange. 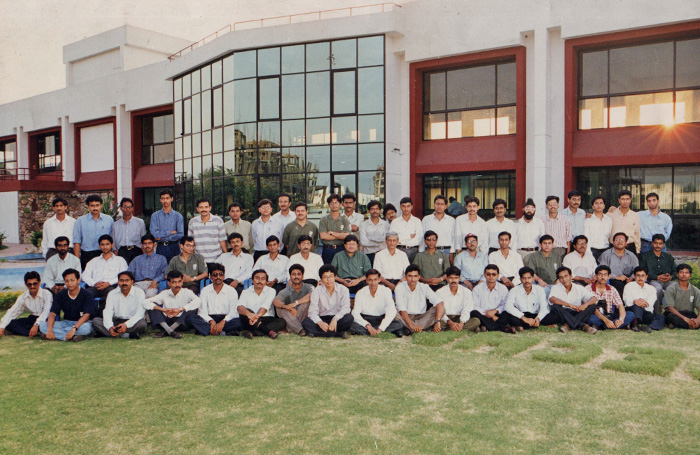 The Software Finishing School System has today evolved into multiple technology programs training over 15,000 graduating engineering students, from 160 engineering colleges, spread across 21 states in India, every year, on the latest technical skills across Mobile, Web and Enterprise platforms.